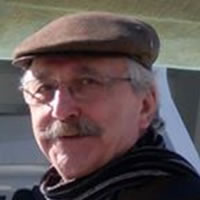 José Luis Ferrera studied architecture at the Oxford Technical College in England and the Central University of Venezuela in Caracas. He has worked in Venezuela, Spain, United States and Argentina. He has specialized in theatre architecture, renovation and restoration of theatres, consulting on theatre systems and management and supervision of theatrical projects.

From 1974 to 1986 he worked as Chief Architect in the Office of Inspection of Architecture and Theatrical Equipment during the construction of Teatro Teresa Carreño in Caracas. In 1989 he was hired as Project Manager on site by Hoffend and Sons Inc. of Rochester, USA, for the Remodeling and Mechaniztions of the Stage project of the Teatro Colon in Buenos Aires.

Nowadays is dedicated to research and writing. He is a professional member of the College of Architects of Venezuela (CAV), the College of Engineers of Venezuela (CIV), the Official College of Architects of Madrid (COAM), the United States Institute of Theatre Technology (USITT), associate member of the Association of British Theatre Technicians (ABTT), individual member of the Organisation Internationale des Scenographes, Techniciens Théâtre et Architectes (OISTAT), President of the Association OISTAT Spain and Manager of The Theatres of Latin America project. 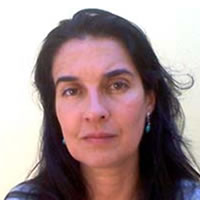 Scenographer and Art director Aby Cohen is a founder-member of CenografiaBrasil, a group that congregates professionals from scenography and related areas, in order to develop actions focused on reflection, debate and development of Brazilian scenography. She keeps working on creation and production of Theater, Museology, Expography and Cinema projects. Cohen affiliated to OISTAT since 2003 and is now a member of the OISTAT Education Commission.

Since graduated in Arts and Design at FAAP/SP, Cohen started working in Theatre at the scenography department of the Theatrical Research Center - Centro de Pesquisa Teatral(CPT), after that with Paidéia Theater Co. from 1999 to 2006. Since 1992 she has also working on numerous projects for a variety of independent theater productions. In the Expography & Museology field, she develops projects with diverse institutions in Brazil as SESC Pompeia, Sangari Institute, Israeli Cultural Center, The Museu da Casa Brasileira, Lasar Segall Museum, International Bienal of Arts of Sao Paulo, Centro Cultural Banco do Brasil, Funarte, among others.

She has been also developing international collaboration projects as BienalFindelMundo, 2007 with Fundação Patagonia │Argentina; Bienal do Mercosul, 1999 and 2005│various countries from Latin America; MixMax Brasil, 2012-2015 with Tropenmuseum │Holland. Currently. Cohen has a PhD studies in Performing Arts/Scenography at School Of Arts and Communication at University of Sao Paulo, continuing from the completion of the M.A. with a research dedicated to the practice and educational processes of Brazilian scenographers in the contemporary scene. 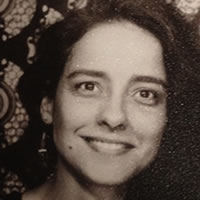 Dedicated in recent years to research on the creative processes of Latin American and European scenographers and the possible redefinition of their role, she has participated in festivals, exhibitions and international conferences around scenography such as the last three editions in 2007, 2011 and 2015 of the Prague Quadrennial of Performance Design and Space (Czech Rep.), World Stage Design WSD2013 organized by the OISTAT in Cardiff and Qu'est-ce Scénographie? International Colloquium that organized by the ENSAD in 2011 in Paris.

Architect, set designer and painter.
Scenography doctorate in the Faculty of Architecture of the University of Lisbon, where he teaches since 1982 and also at the Faculty of Fine Arts of Lisbon. He held positions in the Calouste Gulbenkian Foundation and the National Theatre of D. Maria II Lisbon.

Scenographer since 1973, he has created more than 260 stage sets, theater, dance and opera. Maintains for many years an intense educational activity, requested by universities or other institutions in various countries.

In 1993, the Centre Georges Pompidou, Paris presented a retrospective of his work.
In 1995 he was invited as a member of the World Jury of the Prague Quadrennial of Stage Design and Architecture.

He has received several awards, appointments and national and international awards. In 2010 he was named academic member of the Royal Academy of Fine Arts in Spain. Founding member and belongs to the Scientific Council of the European Institute for Scenography. It is one of the founders of the Portuguese Association of Scenography of which has been its President (2012-2016).

He is the author of 6 books: Scenography, Draw Clouds, Viriato King, The Time of Cherries, Fray Luis de Sousa and co-author of Journey to Italy (Editions Kaleidoscope). 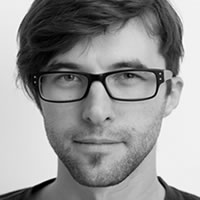 He worked in the production of the Celetná Theatre, Core production, as well as at the Prague Quadrennial 2007 European Year of Intercultural Dialogue 2008 as a project manager and coordinator. Co-founded the Institute Svěetlného Design. In the years 2008 - 2011 managed the project Theatre Architecture in Central Europe in the framework of the National Theatre. Occasionally writes articles on topics of lighting design, art criticism and aesthetic theory. 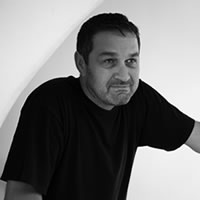 Deputy Director for the Arts and Theatre Institute, ATI, Prague

Head of Documentation of the Project

Ondrĕj Svoboda graduated at the University of Olomouc, since 1997 he has been working in the Arts and Theatre Institute (ATI), since 2004 as a Deputy Director for the Theatre Institute. He has created and implemented several projects focused on digitization and databases for theatre documentation.

He directed the international project Theatre Architecture in Central Europe (2008-2011) in the frame of which the online Database of theatre architecture was developed, a digitalization project called Preservation and Presentation of the Cultural Heritage of Czech and World Theatre focused on processing rich photographic archive of Czech theatre deposited in the ATI and the follow-up project Virtual Study which is a comprehensive online interface enabling the access to all the Institute's information databases and digitised materials.

He also participates in the international project European Route of Historic Theatres (2012-2017) in the frame of which the historic theatres across Europe are researched and promoted. He participated in several issues of Prague Quadrennial as the head of documentation (2007, 2011) and EU project consultant (2011, 2015).