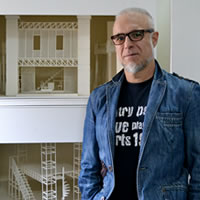 Architect, set designer, theatre director, teacher and researcher. Director of the of the Institute of Scenography Studies in Performing and Audiovisual Arts at the Faculty of the National University of Central Buenos Aires, founded based on the legacy of the endowment fund of the scenographer Guillermo De La Torre in 2008. Director of the theatre group "Zero Theatre Group" of Tandil, with which he has realized for more than 10 years of experience around 50 theatre productions both nationally and internationally.

Doctor in Spanish Philology Mention Theatre at the University of Valencia, Spain, BA in Theatre for UNICEN.

He holds the Chair of Scenography and Integrated Practices III of the career of Theatre at the Faculty of Arts of the National University of the Centre of the Province of Buenos Aires and is the Director of the Mention of Scenic Design of the Master’s Degree of Theatre of this Faculty. 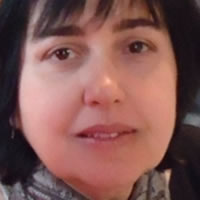 Doris Rollemberg has a PhD from the PPGAC at UNIRIO (Federal University of the state of Rio de Janeiro) with the thesis The Scenography beyond time and space. The Theatre of additional dimensions (2008), where she also defended the dissertation in 2002.

Doris Rollemberg is graduated in Architecture from the Federal University of Rio de Janeiro – (UFRJ 1986).

She develops her work as set designer in parallel to activities as a professor at the UNIRIO.

Doris Rollemberg was Co-curator of Brazilian Countries and regions Section in the Prague Quadrennial 2015 (PQ’15) and author of the exhibition project for PQ’15.

She participated as a guest artist of the National section in the 12th edition of the Prague Quadrennial (PQ’11) in Prague, Czech Republic. The Brazilian National section won the Golden Triga.

Characters and Frontiers: Brazilian Scenographic Territory – national Exhibition participated in the International Festival of Arts of Salisbury in the United Kingdom (2012) and in the Brasil Portugal Agora at the MUDE (Lisbon 2012).

Doris Rollemberg participated as an exhibitor in the exhibition WSD2013 (World Stage Design) in Cardiff. 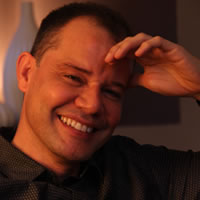 Designer, director and producer since 1984, made the first years of theatre in dramatic arts at the University of Costa Rica and started dance workshops with the company Speculum Mundi since its founding, touring with the company to several international festivals, winning with the group the National award for best choreography in 1993.

He is currently active in all areas, is Professor of Scenography and Director of the Center for Documentation and Archives for the Performing Arts of Costa Rica and the Historical Memory Foundation. Directs the Paradoxe Studio, of architecture and ephemeral space and holds regular exhibitions in photography and plastics of the processes. 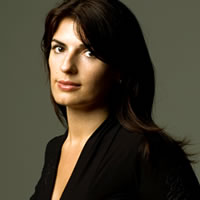 Daniela Bouret Vespa is Magister Degree in Humanities and has a degree in Historical Sciences, she graduated in the Faculty of Humanities and Education Sciences at the University of the Republic.

It is the CLAEH Social Manager, Public Relations Manager for the AURP, has studied cultural management, human resources management and leadership at the ORT and Universidad de Montevideo.

Since 2014 she is Director General of the Teatro Solis, a position acceded through a competitive selection examination and merit. She joined the senior management team that reopened the Teatro Solis in 2004 after six years of being closed for renovations, as Director of Institutional Development (January 2004-2012) founded the Center for Research, Documentation and Dissemination of Performing Arts (CIDDAE ), directing the Department of Education and the Department of Public attention. In this management she created in the Teatro Solís an Area of Audience Development.

Author of numerous books, articles and publications, among which stand out in the arts: "Theatre Design in Uruguay. The scenography from experience” (2016) and "Draw the Stage. Looks around sketches of scenography of the National Comedy between 1948 and 1995 "(2010) with Gonzalo Vicci; "Scenes of everyday life in the twentieth century. The birth of mass society (1910-1930) "(2009) and" Teatro Solis. 150 years of stories from the stage "(2006).

She has received several awards as a mentor in Vital Voices, Awards of the Book Chamber, Recognition of UN Women, Woman of the Year, Leadership Scholarship USA State Department, Grant ANII Research Agency. UDELAR teacher and Cultural Management (2000-2015). She was Vice-President of the Conglomerate of Tourism of Montevideo and Tourism Advisory Council of Montevideo. She directed the theatre El Sótano "The Basement" (1999-2004), was a producer of theatre, music and curator of visual arts exhibitions and integrated different juries granting competitive funding for culture. She is a member of the Directory of Latin American Opera since 2015. 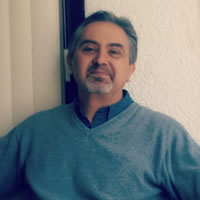 He holds a doctorate in art history from UNAM, Master in History from the Catholic University of Leuven, Belgium and a degree in Dramatic Literature and Theatre at UNAM. He teaches courses dedicated to Mexican, Iberoamerican and medieval theatre at the Faculty of Philosophy and Letters of UNAM and postgraduate degrees in Literature and Art History at the same university; He has also been professor at the National School of Theatre Art of INBA, Iberoamericana University and visiting professor at the Institut de Teatre of Barcelona, University of Perpignan, France and graduate in Performing Arts at the Universidad Veracruzana. SNI Level I investigator, Director-founder of the Center for the Performing Yucatan Research (CINEY) of the Institute of Culture of Yucatan, President of the Mexican Association of Theatre Research AMIT (2005-2009).

His main areas of research have been the theatrical performance space in New Spain, the chapel opened in the processes of evangelization and urban stagings, but also has been interested in popular plays and Latin American playwriting. He has participated in various theatre activities for more than three decades. Among his most recent publications is the Didactic Anthology of Mexican Theatre (1964-2005), (UNAM / DGAPA / UAM-A / Publishing Eon), 2008, Ofelia Zapata "Petrona". A life dedicated to regional theatre (With Antonio Prieto Stambaugh) (ESAY / CINEY / Institute of Culture of Yucatan), 2007; Didactic Anthology of Contemporary Latin American Theatre, UNAM, 2011.

"From the Coliseum to the theatre: transition of paradigms in the Mexican scene of the nineteenth century" in Hecho Teatral, no. 13 Universitas Castellae, 2013.

He is currently Coordinator of the College of Drama and Theatre at the Faculty of Philosophy and Letters of UNAM Literature.

Architect and scenographer. He studied at the School of Architecture in Seville. His fields of activity are Architecture, Scenographic Design and Theatre Architecture, in which he has developed a significant theoretical and analytical work, through teaching, lectures, presentations and articles, in numerous Universities and institutions.

He is currently Director of the research centre RUESGA THEATER LAB; Director of projects of the company of Cultural Production ARCADIA AMARGA S.L .; Vice-president of the ACADEMY OF THE SCENIC ARTS OF SPAIN; Vice President of the Association OISTAT Spain; Member of the Association of Stage Directors of Spain; Member of the Editorial Committee of the magazine América Patrimonio; Member of the RESEARCH GROUP TEATRO SIGLO DE ORO; Professor of the MASTER OF ARTS OF THE LIVE SHOW, University of Seville; Professor of the MASTER OF ADVANCED STUDIES OF THEATRE, International University of La Rioja.

He has received numerous awards in his professional career, among others, Manuel de Falla Award 2008, to the best career in the field of performing arts and music in Andalusia, Ministry of Culture of the Junta de Andalucía; Max Prize of 2011 to BEST DANCE SHOW, for "When I was ..." by Eva Yerbabuena Flamenco Ballet, Direction of Staging; Prize of the Deputation of Seville 2009 to the most outstanding work in scenography and theatre architecture in the province of Seville.